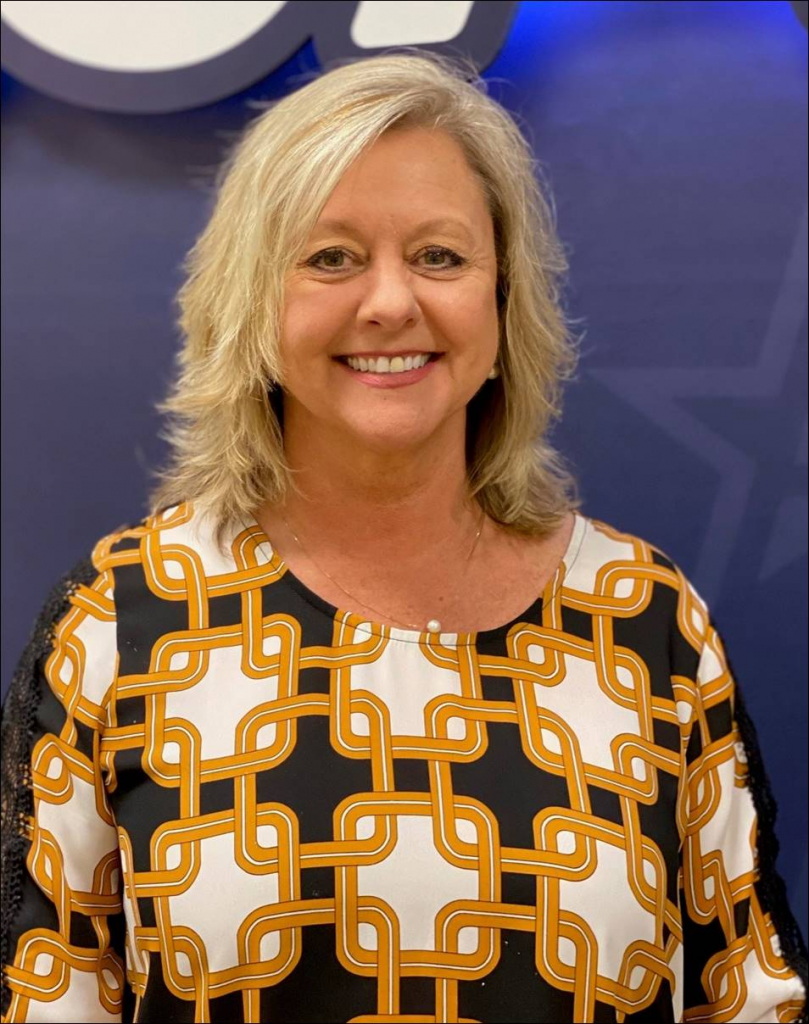 Savarese added, “This is a truly great move for the AHSAA. Kim Vickers is a rising star with unlimited capabilities and will key in moving the AHSAA forward.”
Vickers said she is excited about the opportunity and proud to be a part of such an outstanding organization. “Since changing careers in 2014 and joining the AHSAA, I have learned so much about the important role the AHSAA has in the lives of our student-athletes. I am very honored and humbled by this new opportunity and look forward to doing what I can to help move the AHSAA forward.”
Vickers has spent 33 years in education serving students, schools and communities across the state. She came to the AHSAA in 2014 from Horseshoe Bend High School where she served as a teacher/coach/assistant athletic administrator when Savarese hired her as an Assistant Director. She has served as Director of Publications, restructuring and improving all AHSAA publications with digital technology and effectiveness – at a printing cost savings of more than $100,000 a year. In addition, she has reviewed and reorganized the AHSAA Handbook making it more “user friendly” and also making it available online as an eBook for schools and parents.
She played a vital role in starting the AHSAA investigative team, led the committee on non-traditional students’ inclusion, and assisted with the student-leadership program. Working directly with the AHSAA Medical Advisory Board, the Alabama Department of Public Health and the Alabama State Department of Education, her involvement and leadership were essential in helping other AHSAA staff members assemble “Return to Play and Best Practices for Fall, Winter, and Spring Sports” for member schools concerning the COVID-19 pandemic for the 2020-21 school year.
As director of the sport of softball, she negotiated a new contract for state softball championships that now provides a championship experience in a venue with a signature stadium designed for the finals. The 2021 State Championships were held at Oxford’s Choccolocco Park and have received rave reviews. She is also one of the AHSAA’s most knowledgeable resources concerning AHSAA By-Laws and other regulations such that the Central Board of Control approved for her to serve as the Eligibility Coordinator allowing her to render official eligibility rulings to the member schools. This was the first time in the 100-year history of the Association that someone other than the Executive Director has had that authority.
Vickers, a 1984 graduate of Mellow Valley High School in Clay County, received her B.S. in Secondary Language Arts from Jacksonville State University in 1987 and earned a Master’s Degree in Secondary Education/Language Arts from Auburn University-Montgomery in 1993.

Vickers and her husband Jimmy have two daughters Hagen Vickers Whiteard (Cary) and Carlie Vickers who are both following their mother’s footsteps as educators and coaches. The Vickers are also proud grandparents of one granddaughter – Dansby.