EACH and EVERY Bulldog who stepped on the mat and toed the line tonight gave great effort and the Coaches are extremely proud of the way each and every one faced their challengers with all they had!

We’d really like to thank all the Dawgs fans who were on hand to yell and scream and cheer for both levels of the Wrestling Dawgs!!
Next action for both the Varsity Dawgs and JV/MS Dawgs will take place in the friendly confines of MainStreet Gym on the lovely campus of Opelika High School this Thursday Dec 16 as we welcome the Tallassee Tigers and Beauregard Hornets in for a dual-level Tri-Match.
Wrestling is set to begin at 3:00pm on both mats.Mat 2:  JV/MS 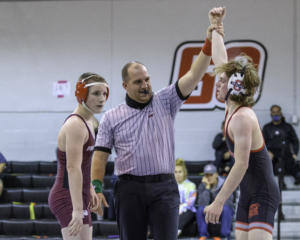 Tonight we hosted the Prattville Lions and Reeltown Rebels in the friendly confines of MainStreet Gym here on the Beautiful Opelika High School campus.
Tonight was Senior Night so Coach Davis implored all the Dawgs to give their absolute best efforts so our lone Senior, Adam Phillips, would have a great memory of his last time to wrestle in MainStreet and the Dawgs responded.
Our first duel was against the Lions who were a few men short in their lineup therefore we had only 8 real matches and received 24 points in forfeits from the Lions. The Dawgs still won 6 of the 8 matches and took a 60-12 victory to the locker room while we waited on Prattville and Reeltown to wrestle.
In our second Dual, we faced off against the Reeltown Rebels. The Rebels also came in a few men short of a full lineup and ended up giving us 36 points in forfeits, but of the 6 matches wrestled, our Dawgs put the whooping on the Rebels shutting them out 69-0.
The 2-0 night brings our season record to 10-12 with only three matches left in the regular season. We travel to Auburn Thursday night to face the talented Tigers, a strong Homewood Patriots bunch, and the very tough Russell County Warriors squad. After Thursday’s quad match, our regular season comes to a close and we will begin preparing for the AHSAA State  Traditional Championship Tournament.
Tonights top individual performances:

It was good mat time for all the Dawgs this evening. Hope to see you as many of you rabid Dawgs fans in Auburn as physical distancing and Covid restrictions will allow.
Go Dawgs!!!!
— 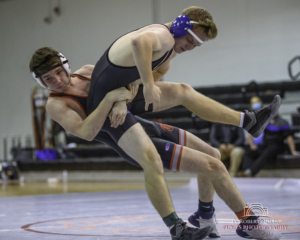 It was great for Coach Davis to give us an update on the matches last night, (1/14/21) Here is his recap:

“Tonight we hosted the Central Red Devils and Auburn Tigers in Main Street Gym of Opelika High School. Our first dual was against the Red Devils squad and they took full advantage of our youth. Central outscored us 60-15. Getting wins for the Dawgs were 113# Pedro Cabrera, 120# Brayden Wilson and 182# Ari Brogdon.

The Dawgs are now 7-10 on the season. Our next matchups will be next Thursday at Smiths Station. We will return to Smiths on Friday and Saturday for the Smiths Duals tournament.

James Dawson, OHS 2020 senior wrestler, has made his 199th win during the match between Opelika and Prattville. Dawson will be headed to sectionals soon and is planning to get the 200th win of his high school career. Dawson will be headed to Kennesaw State this fall on a football scholarship. The picture on right is when pin was made and the picture on right is raising the winner’s hand of Dawson’s 199th win. #GoldStandard

I hope each and every one of you has a safe and Happy Thanksgiving.

Starting tomorrow we are headed down the home stretch. Tomorrow night, we have 4 local football teams still in the playoff run. Central-PC (7A), Opelika (6A), Lanett (1A), and Reeltown (2A). Below is a list of the pairing as we head to the Super 7

On Wednesday, Bradi Jones signed her scholarship for swimming with the University of Arkansas. Good Luck

On Thursday night the Opelika VG basketball team took on Beauregard and carried the game and took home a win with the score of Opelika 63 to Beauregard’s 15.

In VB Basketball, Opelika and Beauregard went head to head throughout the game. With 3.6 seconds on the clock, Beauregard throws the ball down court to Porterfield, where he hit a 3 pointer at the clock. That gives Coach Johnson his first win as a Beauregard coach by the score of Beauregard 79 Opelika 76. What a game on both sides.

On Friday night at Bulldog Stadium, it was a wet & cold place as Opelika & St Paul took the field in the second round of the AHSAA playoffs. And only one of the teams will advance to round 3 as they march to the Super 7. Opelika was behind in the first half as St Paul lined up for a field goal with only seconds on the clock as Jalen Stinson came from the left side of the line and caused a blocked kick and run over and picked up the ball and raced 70 yards to the other end zone for an Opelika TD the clock on “0” and 1st half over.

Opelika will be traveling next week to take on Hueytown in round 3 of AHSAA playoffs.

This coming week, the Opelika Wreasting team will take to the mat for the first time this season on Tuesday, November 19th at The Arena at Opelika High School. The action starts at 5:30 pm with match up with rounds with Russell County and LaGrange.