Congratulation to Auburn High School Coach Keith Etheredge, AHSAA named @ahsaasports Auburn Coach Etheredge head coach of team ALABAMA that will play Mississippi in the annual All-Star game! Etheredge served as assistant coach in the past, this is the first year as head football coach at Auburn High School @auburnhighfb 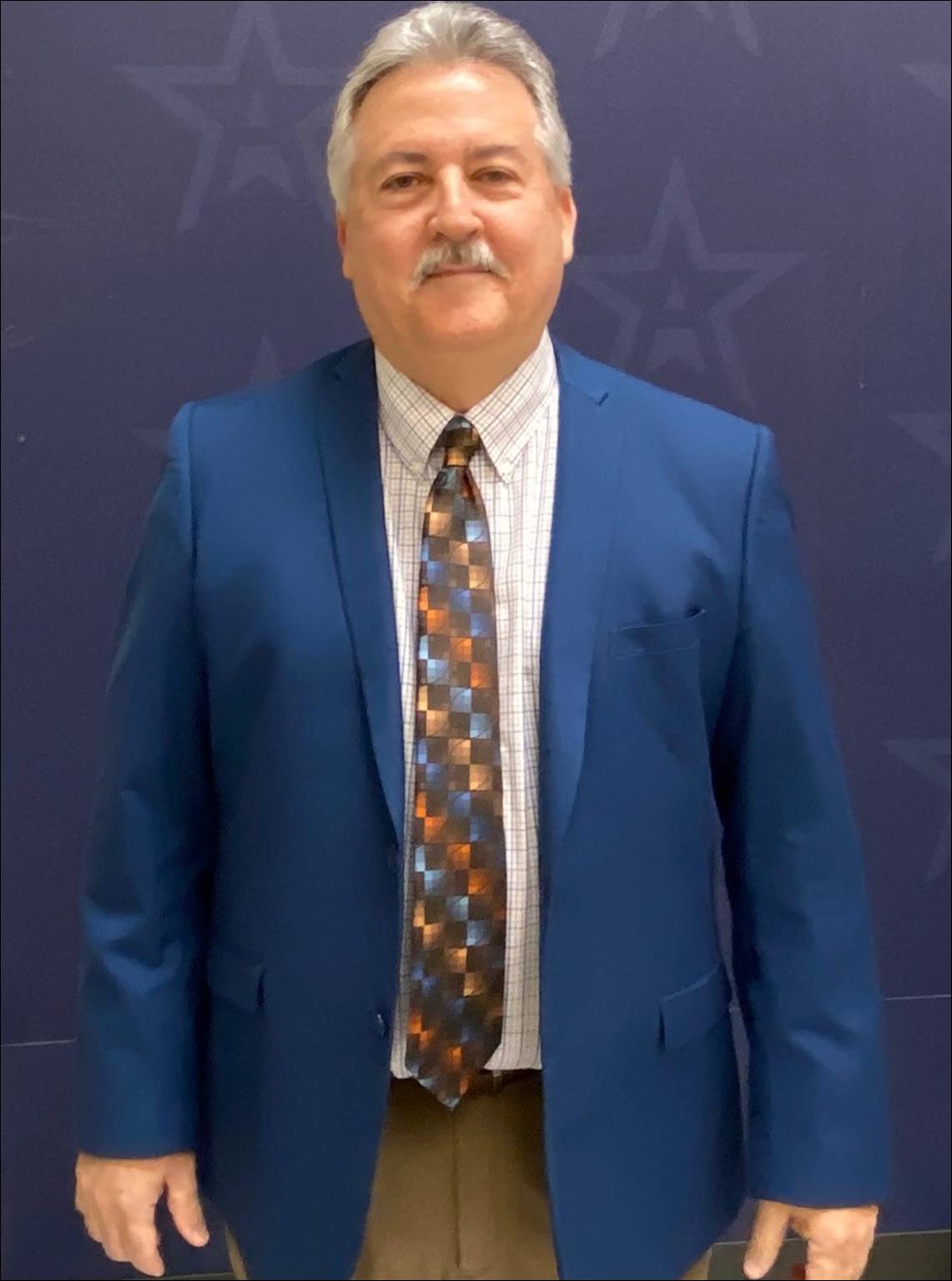 By BILL PLOTT
For the AHSAA
From classroom to courtside to central office, the state of Alabama has had no greater champion of public education and educational-based athletics than Dr. Larry E. DiChiara, who was named Alabama’s state superintendent of the year in 2012.

DiChiara is one of 12 coaches and administrators being inducted into the Alabama High School Sports Hall of Fame March 21 at the Montgomery Renaissance Hotel and Convention Center at 6:30 p.m. A press conference precedes the banquet at 5:30 p.m. He will give the acceptance address for this year’s class of inductees.
A native of Gulf Shores now living in Auburn, DiChiara attended Foley High School where he played basketball. From there he went to Auburn University but not as athlete; he was seeking degree in special education.

Athletics became important part of his life in 1987 in the middle of his tenure as a classroom teacher at Loachapoka High School. Asked to take over the boys’ basketball program, he raised it to the same level of excellence already enjoyed by the school’s football program. Over the next six years he compiled a record of 115-75, winning back-to-back Class 1A state championships in 1988 and 1989. The 1990 team was runner-up. He had also had a junior high school runner-up in 1983.
DiChiara was named State Coach of the Year by the Alabama Sports Writers Association in 1988 and 1989. He was the Opelika-Auburn News Area Coach of the Year three times (1988-90) and the Columbus Ledger-Enquirer All-Valley Coach of the Year in 1989.
He also had a passion to become an administrator. In 1993 he accepted a position as central office administrator for the Lee County School District, serving in that position until 2004 when he became superintendent of Phenix City Public Schools.
In 2014 he left the Phenix City system to become chief administrative officer and acting superintendent of the Selma City Schools, which had been taken over by the State Board of Education.
He is currently an adjunct professor at Auburn University, a position he also held at Troy University for 12 years. He is also an educational consultant with SOY Education Association, Inc.
He has spent much of his professional life working with the State Department of Education providing training across the state for principals, athletic directors and school safety officers on how to develop a comprehensive safety and emergency action plan for athletic venues and extracurricular events. He also served as AHSAA external facilitator for its five-year strategic plan and also served as the Lee County Schools coordinator of Special Olympics for four years.
DiChiara also served on the National Youth Sports Program Advisory Board and has had a number of articles published concerning school safety. One of his favorite “avocations” has been his role as an analyst for the Auburn University Lady Tigers’ basketball radio network. He also co-hosted “Sports Fever,” a call-in radio show with John Bodiford, for several years.
For all of his achievements and honors, it his personal, caring relationship that is most often recalled by his former players.
“Coach D inspired our team to increase our overall grade-point average from mid Cs to a high B level,” said Calvin E. Crabb II, s former student of DiChiara. “He not only asked us individually how things were going at home, but always checked on us after school when he could because he cared. Coach D gave us extra gym time to keep us out of trouble during the summer and fall months before our basketball season began. He also helped a few of us who needed it obtain a summer job.
“He stated that if we ever later in life need some help or support, we could feel free to find or contact him, and he would still be willing to help us no matter what…this is why today I am still grateful and blessed to be able to call Coach D a real educator, mentor, and a true friend.”

Copied From the AHASS Release

Baseball Season is just around the corner. Opelika put together an Umpire scrimmage with Opelika, Handley, & Central so the new Umpires can get some training. I thing the boys enjoyed playing even with the wind blowing and temps in the 40s. 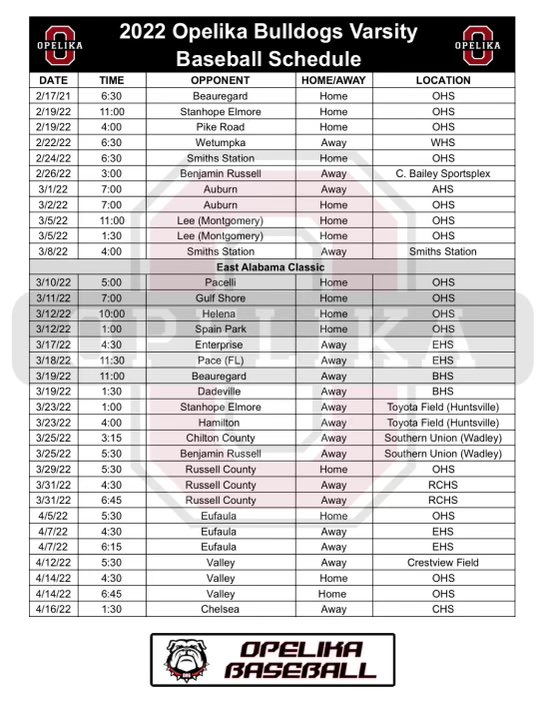 The 2022 Schedule for the Opelika baseball

In area play, Opelika defects Eufaula 68 to 67 with a last second block by Grady Bynum. Bynum blocked the shot after Eufaula brought in the ball with 3.1 seconds. Pass was made to baseline where the shooter made the shot that Bynum blocked to win the game.

EACH and EVERY Bulldog who stepped on the mat and toed the line tonight gave great effort and the Coaches are extremely proud of the way each and every one faced their challengers with all they had!

We’d really like to thank all the Dawgs fans who were on hand to yell and scream and cheer for both levels of the Wrestling Dawgs!!
Next action for both the Varsity Dawgs and JV/MS Dawgs will take place in the friendly confines of MainStreet Gym on the lovely campus of Opelika High School this Thursday Dec 16 as we welcome the Tallassee Tigers and Beauregard Hornets in for a dual-level Tri-Match.
Wrestling is set to begin at 3:00pm on both mats.Mat 2:  JV/MS